A Minimally-Invasive Approach to Neck and Back Pain

The causes and symptoms of spine issues, including neck pain and low back pain, are extremely diverse and complex. Accordingly, there are many non-invasive treatment options that your doctor will initially consider to help you address your issues. 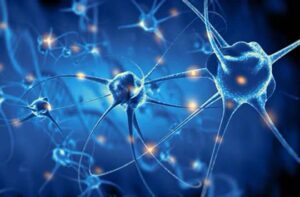 However, if your chronic neck or chronic lower back pain persists, there is a minimally invasive option, called radiofrequency ablation, that you may want to discuss with your doctor. This procedure is also known as a radiofrequency neurotomy as well as a rhizotomy.

In this nonsurgical, needle-based procedure, radiofrequency waves are used to generate heat to target specific nerves and temporarily turn off their ability to send pain signals. For some patients, radiofrequency ablation may reduce or eliminate pain for months at a time.

What are facet joints? They are small stabilizing joints that are located in pairs between and above each adjacent vertebra at every level of your spine – except at the uppermost two levels. They are weight bearing structures and are subject to mechanical stress.

Facet joints enable you to bend and twist. However, they have a rich nerve supply – called medial branches – that allows them to perceive pain when they are injured. Those pain signals are carried by these nerves to your spine and brain.

And what about sacroiliac joints? These joints sit between the sacrum and the iliac bones of the lower back, in the lowest part of the spine where the spine meets the pelvis. Like facet joints, they are weight bearing structures and are subject to mechanical stress. We each have two sacroiliac joints – one on either side of the sacrum.

Sacroiliac joints move very little compared to other joints of the spine. They also have a rich nerve supply – called sacral lateral branches and lumbosacral plexus – that allows them to perceive pain when they are injured.

The goal of a radiofrequency ablation is to interrupt the pain signals from the nerves in these joint areas before they reach the brain.

Testing Prior to the Procedure

In order to determine if you are a good candidate for a radiofrequency ablation, your doctor will first perform a test. This test uses a diagnostic nerve block to determine if the nerves that would be targeted by the ablation procedure are the same nerves that are responsible for your pain.

Depending on the outcome of this test, your doctor will either schedule a radiofrequency ablation procedure for you – or determine that a different procedure will be more appropriate to help your specific symptoms.

During the Radiofrequency Ablation Procedure

Radiofrequency ablation is a minimally invasive procedure that is done in an outpatient surgery center, so you’ll go home the same day.

Your doctor will numb a small area of skin around your spine with an anesthetic before the radiofrequency needles are inserted. The doctor will then use a special X-ray machine (fluoroscope) to help guide a special radiofrequency needle alongside the targeted nerves. To confirm proper position, a small amount of electrical current will be passed through a probe placed in the needle to the targeted nerve. At this point, you may experience brief pain or a muscle twitch, which the doctor will discuss with you at the time.

Once proper position is confirmed, the radiofrequency ablation will be performed.

The length of the procedure depends on the treatment site and number of treatments performed, but frequently lasts less than an hour. From arrival to departure at the surgery center, the entire experience normally lasts between 3 and 4 hours. You might notice some soreness in the area where the needles were inserted, but this usually goes away in a day or two.

To learn more about radiofrequency ablation and if it might help your neck or low back pain, talk to your Main Line Spine doctor.