Healing Your Inflamed Tendon – and Minimally-Invasive Options for Damaged Tendons

Pain around your joints may occur for many reasons. One of those reasons can be inflammation or deterioration of a tendon. Tendons are the thick, flexible cords of tissue that attach muscle to bone. One of their key functions is to help muscles move bones.

Tendon issues can commonly occur in the shoulder, bicep, elbow, hand, wrist, thumb, calf, knee, or ankle. Since the pain associated with tendon issues often occurs near a joint, it can sometimes be mistaken for arthritis.

We are the first to admit that the terms used for tendon issues and conditions are confusing. They have similar sounding names which can make sorting through it all baffling. We will provide some clarity for you.

Tendonitis is a condition that is often caused by overuse, leading to inflammation. The result is swelling, pain, and discomfort. Tendonitis by the way is spelled slightly differently by some as tendinitis.

Given that tendonitis is often caused by athletic activity, some forms of it are commonly named after certain sports, such as tennis elbow, golfer’s or baseball elbow, jumper’s knee, pitcher’s shoulder, and swimmer’s shoulder.

Tendinosis is primarily a degradation of tendon tissue, usually without inflammation – although in some cases in may involve inflammation. It is a chronic condition that involves the deterioration of collagen, which is a structural protein in the tendons. It too can be spelled slightly differently by some as tendonosis. And some refer to tendinosis and chronic tendon disease.

Tendonopothy is a general term used to describe any disease or dysfunction involving a tendon. It encompasses both tendonitis and tendinosis as well as longitudinal tendon tears. 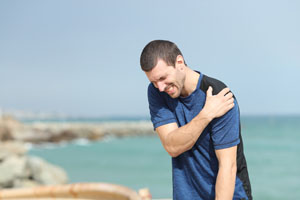 Until recently, most tendon injuries were diagnosed as tendonitis. This was because traditional diagnostic imaging such as X-rays and MRIs don’t show tendons in motion. However ultrasound technologies now allow real time imaging of tissues in motion.

Ultrasound allows doctors to distinguish between the inflammation of tendonitis and the degeneration of tendinosis, as well as identify longitudinal tears.

Distinguishing between the two conditions is critical, as tendonitis and tendinosis each reflect a distinctly different condition with a tendon, requiring different treatments.

Most cases of tendonitis respond to self-care measures. Your best initial approach is rest and short-term use of over-the-counter anti-inflammatories. Icing the area several times a day may also help.

However if your tendon isn’t better after 6 weeks, you should consult your doctor for a more detailed diagnosis.

If your condition is identified as tendonitis, your doctor may recommend physical therapy and exercises to strengthen the tendons and muscles and preserve your range of motion. They may also determine that a corticosteroid injection may be the right treatment to decrease the inflammation and relieve the condition.

However, if your doctor determines that you have tendinosis and pain persists, other options may be recommended. One option may be PRP therapy which may be effective in stimulating a healing response using an injection of prepared healing factors from your own blood.

Another option may be a minimally invasive, outpatient procedure called ultrasonic percutaneous tenotomy. This procedure uses a thin metal probe that vibrates at 20,000 rpm to gently dissolve and remove damaged tendon tissue.

At Main Line Spine, we’ll start with effective diagnostics and begin with the least invasive procedures, gradually escalating treatment solutions until your tendon pain is resolved. Our ultimate goal is to restore the quality of your life.